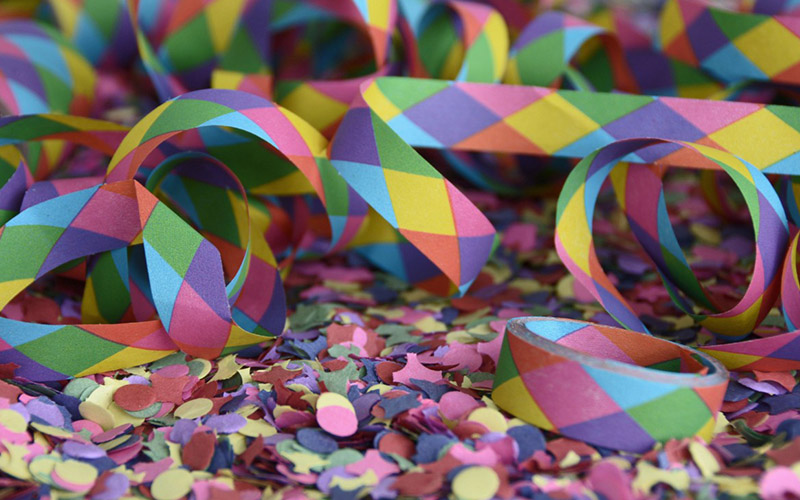 Apokries is what the Greeks call ‘carnival’ and they’ve been celebrated in Athens since 1834 when the city became Greece’s capital. Until that time, carnivals typically only took place on select islands like Zakynthos and other locations like the famous carnival in Patra. However, when Athens became the center of Greece, the city’s lifestyle adopted many elements of this culture including carnival, masquerade balls, and wearing masks and costumes, which all became an indisputable part of celebrating Apokries! Today, carnival is celebrated all over Greece over 4 weeks, culminating on the weekend before Ash Monday.

During Otto’s reign, western culture was successfully combined with the typical Greek way of celebrating with the promotion of original, creative, and innovative festivities that drew everyone’s attention and attracted visitors from abroad. People gathered together, paraded through the streets and plunged into a celebration of singing and dancing for a party that lasted well into the night. Men and women gradually moved from European-styled costumes and embraced more authentically Greek styled masks and costumes; participating in various competitions and dance activities, they enjoyed folk spectacles, especially with characters like Karagkiozis - the most famous character in Greek folklore.

During the interwar period, Plaka became the epicenter of carnival celebrations; from 1931 on, festivities took on a larger form and were celebrated throughout most of the city’s picturesque streets. For many decades, Plaka remained in the spotlight and was considered a top destination for carnival goers from all over the world. Even today, Plaka, the prominent historic center of Athens, continues to dress in its festive best during Apokries! Children and adults in costumes walk around the old city laughing together, heading to Plaka to attend a great party or participate in creative carnival activities. Over the last years, the Municipality of Athens has been organizing numerous events which include musical acts and all kinds of performances, including of course, the traditional shadow theater. 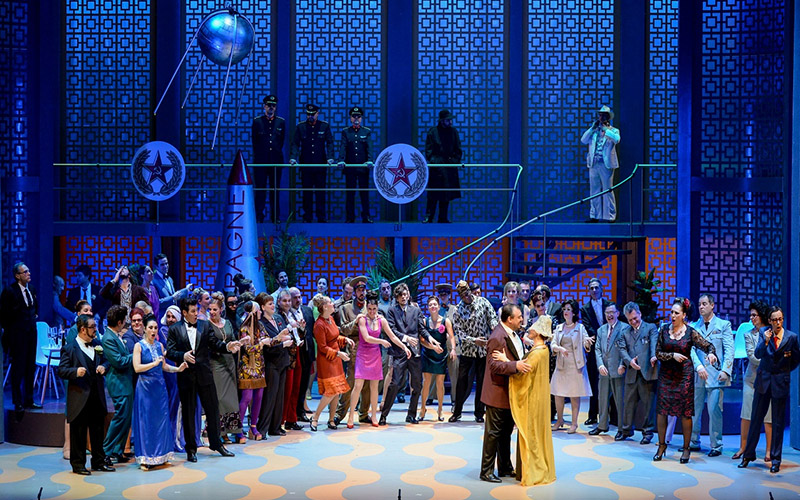 Johann Strauss junior’s Die Fledermaus is the work with which the Greek National Opera will celebrate its 80th anniversary. This is not a random choice, as the famous operetta was the inaugural work of the Greek National Opera that premiered on the stage of the National Theatre on March 5, 1940. Die Fledermaus has been timelessly loved by its audience as a comic opera with an imaginative plot and exceptional music themes that go beyond the stereotypes of the Viennese opera.

Die Fledermaus is an operetta in 3 acts that portrays a luxurious and dizzying world where splendor and mirth, flirting, intrigue, and misunderstandings rule. Everything takes place during a wild night at the end of which the misunderstandings are finally resolved and it is revealed that the whole evening is nothing more than an elaborate prank. This production, directed by Alexandros Efklidis, transfers the action of the work to the bourgeois living rooms of Athens and the cabanas of the Asteras Vouliagmenis Resort, during the ’60s.

Johann Strauss junior (his father, Johann Strauss senior, was also a composer) is considered to be “The Waltz King”. Despite his father’s objections, by the age of 30, Strauss junior managed to gain more fame than his father and even the popular operetta composer Jacques Offenbach. He composed Die Fledermaus in 1874 and in 1894 the renowned composer and conductor Gustav Mahler produced it at the Hamburg Opera House, raising the artistic status of Strauss’ work and confirming that he believed in his talent as many other great musicians did including Brahms, Wagner, and Ravel.

Directed by Giannis Houvardas, the latest production of John Gabriel Borkman, the second-to-last play by the great Norwegian playwright Henrik Ibsen, comes at the Athens Concert Hall, at Alexandra Trianti Hall. Ibsen’s penultimate play paints a devastating picture of selfish ambition. It is a towering masterpiece of analytical drama, a story of massive selfishness in which Ibsen describes the power of greed to wreck lives and contribute to one’s downfall.

Ibsen, born into an affluent merchant family who lost everything when he was around 7 years old, masterfully explores the role and status of women in society, the promises of liberalism, the moral conflicts and dilemmas that occur as a result of financial disaster, as well as the concept of social mechanisms. It is a work where Ibsen introduces themes such as the constant desire for accumulating money and power and the cost of individualism to the greater community. It is an eloquent demonstration of the downfall that results from our inability to let go of personal desires.

With a career spanning more than 45 years, Giannis Houvardas directs Ibsen for the third time and chooses Nikos Hatzopoulos, Reni Pittaki, and Lydia Photopoulou to portray the demanding lead roles.

Alban Berg’s Wozzeck is considered to be one of the 20th-century’s lyric theater masterpieces, both due to its importance for the history of modernism as well as the quality of its music. The opera, one of the first extensive operas of the 20th century written in an atonal idiom with the use of Sprechgesang - a type of vocalization between speech and song - will be presented for the first time by the Greek National Opera in a new production directed by the top French director Olivier Py.

The opera is based on Georg Buchner’s unfinished play Woyzeck, which recounts scenes from the miserable life of soldier Wozzeck. Driven by jealousy, he kills his wife and after that, in a state of delirium, he drowns in a lake. The title role will be portrayed by the internationally acclaimed Greek baritone Tassis Christoyannis who will sing, for the first time, one of the most taxing roles in the modern repertory.

Oliver Py’s directorial approach has a strong political and metaphysical aspect. The director aimed to create a work that looks like an ancient Greek tragedy, except it is not about a king, but speaks of a simple man who becomes an unhappy hero. Berg gave Buchner’s play a metaphysical dimension, turning Wozzeck into a kind of modern Christ. Having as a steady collaborator scenographer and costume designer Pierre-André Weitz, Py has presented this highly successful opera production at some of the most important opera houses.

The opera will be conducted by Vassilis Christopoulos, one of the most important conductors of the younger generation. The production is made possible by a grant from the Stavros Niarchos Foundation (SNF) to enhance the Greek National Opera’s artistic outreach.