CAVES IN THE ATTICA REGION 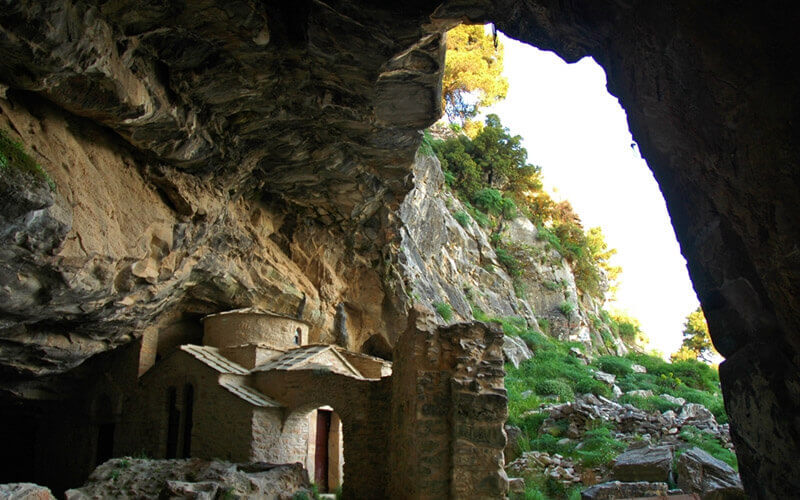 The region of Attica is home to approximately 60 caves! This is a surprise to many of the region’s residents who for the most part are unaware that these caves exist, let alone have actually visited them. These caves are a portal to a fascinating, dark and humid world, whose formation and development occurred over the course of thousands of years and are the result of various combined factors including temperature, microclimates, tectonic forces, and rocks, etc. Only three of these caves are accessible for exploration, while a fourth one – the Afaia Cave on Mount Aigaleo – is accessible yet dangerous for visitors due to its great incline.

Located on the outskirts of the Municipality of Paiania, just 35km from Athens, Koutouki Cave is situated on the eastern slope of Mount Hymettus at 510 meters above sea level. Discovered in 1926, and mapped out in 1954, during the 1960s there were efforts made to make this site accessible to visitors, which as a result has created some infrastructure and tourist development; since 2000, its preservation has been entrusted to the Hellenic Ministry of Culture. The cave consists of a single compartment which is divided into smaller parts by astonishing stalagmitic curtains. Koutouki Cave is accessed by a 17-meter-long tunnel, as its natural entrance is located at the roof of the cave.

The Cave Of Pan

This cave is located at the foothills of Mount Parnitha close to the Municipality of Fili, and sits at an altitude of 620 meters above sea level. It consists of two chambers that connect with each other by a very narrow and low passage; passing through from one chamber to the other requires crawling. The second chamber is richly decorated with stalactite material and has been nicknamed ‘Lychnospilia’ (meaning ‘lamp cave’ in Greek) on account of 2000 oil lamps that were found here by archaeologists.

Better known as Davelis Cave, a name given after a nineteenth-century Greek brigand who is said to have used this cave as is hideout, this cave was once also called the “Cave of the Amomon” on account of evidence of religious use by ascetic Christians during the Middle Ages.
Located on the southwest side of Mount Penteli, at an altitude of 700 meters above sea level, this cave was first discovered by the Ancient Greeks in the 5th century BC; it was the place of marble excavation used for legendary structures of Ancient Athens, including the Acropolis that we still see today. During antiquity, this cave was also a place of worship for the followers of Pan, and it is known that it has been systematically explored by speleologists Ioannis and Anna Petrocheilos. The 112-meter entrance is an impressive downward chamber with a 15-meter pit. The cave branches off into an impressive network of tunnels that snake deep underground; while, one of the tunnels leads to a small body of water known as “The Lake of the Nymphs”. At the entrance of the cave are two small yet impressive Byzantine churches built directly into the rock, the one is dedicated to St. Spyridon and the other to St. Nicolas – these are the only areas of the cave that are open to the public.