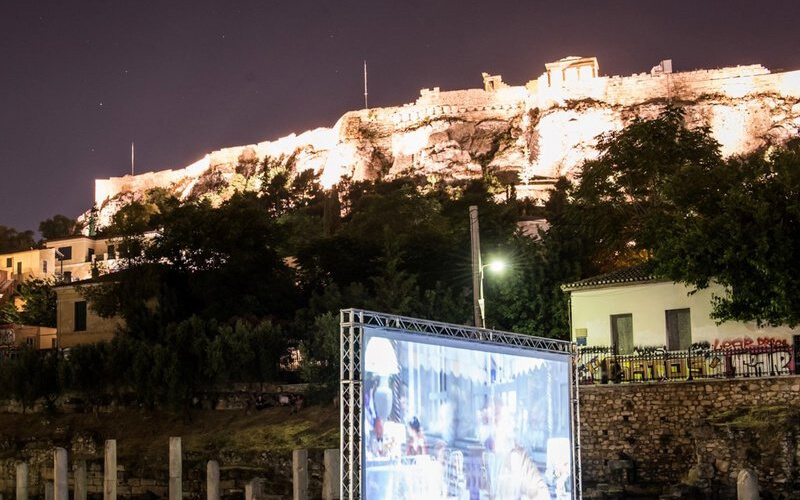 The Athens Open Air Film Festival is arguably the city's most relaxing summer festival as it uniquely combines fun with history and art. Movie screens are set up in unique places around Athens and feature multi-awarded movie classics against the backdrop of the most distinctive monuments in Athens, and for free. A unique, summery, and nostalgic experience awaits!

The Athens Open Air Film Festival, the biggest cinematic event in the city, returns for its 9th consecutive year. Over the years, the festival has transformed about 50 archaeological sites and monuments, as well as parks, squares, beaches, and theaters into open-air cinemas, screening some of the greatest cinematic masterpieces of all time.

The festival is an imaginative idea that adds a touch of liveliness to the city and offers a unique recreational opportunity. In July, audiences will have the chance to watch legendary movies in some of the city's most unexpected locations, while promoting Athens' unique urban landscape. Screenings of the films "Point Blank" by John Boorman, "Lost Highway" by David Lynch, "Stray Dog" by Akira Kurosawa, "Enter the Dragon" by Robert Clouse, "Army of Shadows" by Jean-Pierre Melville, "Sunrise: A Song of Two Humans" by F. W. Murnau, "Imitation of Life" by Douglas Sirk, "Blow-Up" by Michelangelo Antonioni, and "Poltergeist" by Tobe Hooper will take place at Avdi Square, Lycabettus Hill, Dionysiou Areopagitou Street, Alsos Petralonon and many more locations lighting up our nights with the magic of cinema!