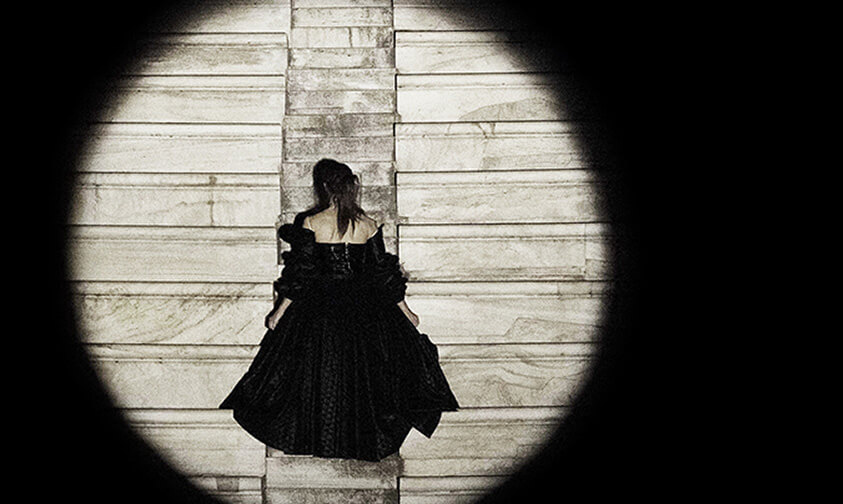 The second summer 2019 production of the Greek National Opera is Giuseppe Verdi’s top-rated opera La Traviata, or The Lady with the Camellias by Alfredo Germont, which Verdi set to music. The opera’s indelible, powerful melodies will come alive once again in four performances, conducted by Lukas Karytinos and directed by Konstantinos Rigos.

The love of a courtesan for the son of a prominent Parisian family, his family’s reaction, their break-up and the couple’s reunion just before the girl’s death are the plot’s principal elements and most essential aspects. La Traviata’s premiere in 1853, at the Teatro La Fenice in Venice, was one of the greatest failures in the history of opera. However, despite the initial lack of success, Verdi’s masterpiece became one of the most famous and anticipated operas, which continues to dazzle audiences worldwide.

For its new production of La Traviata, the Greek National Opera has ensured renowned Greek and world-class international protagonists, which forecast a massive success. Two world-renowned soprano's, Lisette Oropesa and Ekatenina Siurina will perform the title role in the first and second cast respectively. Alfredo in the first cast will be interpreted by Saimir Pirgu, an internationally acclaimed tenor, while in the second act the role will be performed by Alexey Dolgov, which Greek audiences have recently been introduced to in Lucia Di Lammermoor. In the part of Germont is the top Greek baritone Dimitri Platanias, who has gathered triumphant reviews for his performances in opera stages around the world.