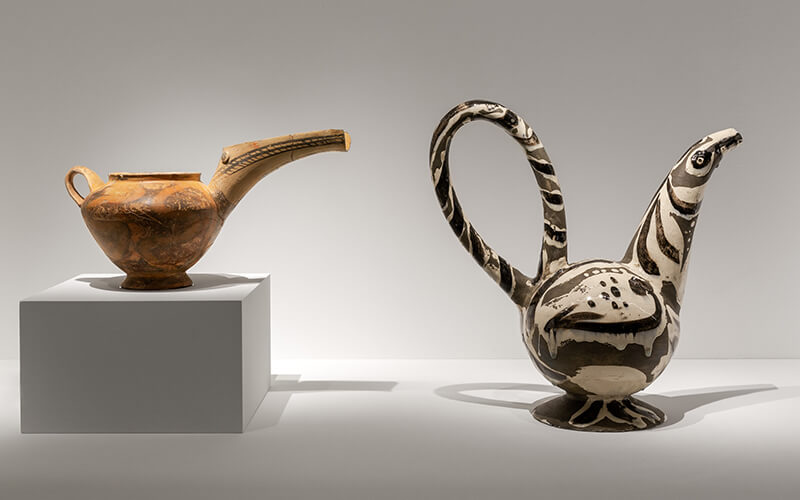 “If all the ways I have been along were marked on a map and joined up with a line, it might represent a minotaur.”.
Pablo Picasso

From June 20 to October 20, the Museum of Cycladic Art will host a unique exhibition of sixty-eight ceramics and drawings by Picasso, inspired by antiquity.

Unlike Picasso's famous paintings, these ceramics and drawings that derive from Greek mythology, are not so well-known to the broader public and may come as a surprise to visitors of the exhibition. In his career, Picasso was inspired by a variety of sources, including Ancient Greece. This fruitful “conversation” between Picasso and ancient Greek art, created another “Divine Dialogue”, curated by professor N. C. Stampolidis and Olivier Berggruen.

These works are mostly inspired by the Creto-Mycenaean, Greek, and ancient Mediterranean civilizations in general. Picasso’s great artworks titled “Picasso and Antiquity: Line and Clay” are based on antiquities that he likely saw in ancient Mediterranean cities, but also in European museums, in the books he read, or during his encounters with Christian Zervos and Jean Cocteau who were also fascinated by the ancient world.